The two speakers from very different backgrounds have come together to share their motivational talk, “The Power of Relationships,” reports www.motivationalspeaker.co.za

(Johannesburg, S.A.)–Though the system of Apartheid ended in the early 1990s, its impact can still be felt in modern South Africa, where racial, cultural, and class differences are still often perceived as barriers between people. Two friends and colleagues who have utterly broken down those barriers, Alex van den Heever and Renias Mhlongo are now sharing their story, “The Power of Relationships,” with the goal of helping others overcome obstacles to communication and friendship.

According to www.motivationalspeaker.co.za, the motivational presentation tells the true story of Alex, a white game ranger, and Renias, a black tracker and inheritor of the Shangaan pastoralist tradition. In working side by side and sharing a love of wildlife and animal tracking, a friendship developed between them despite their racial and cultural differences. In order to get to know each other well, they taught each other their own languages. “Learning Shangaan has made such a difference in my ability to understand Renias and where he comes from,” Alex commented.

The presentation also details the two men’s encounters with each other’s cultures. First, Alex visited Renias’s village, Dixie, where he was treated as a VIP guest. “In the 1990’s I thought that the villages were dirty and full of crime,” Alex commented, “but I experienced a level of generosity and a level of humanness I had never experienced before.” Renias then joined Alex for a trip to London, his first trip out of Kruger Park and his first encounter with a large European city. A thrilling story about how Renias saved Alex from a leopard attack demonstrates the immense trust that developed between the two men.

“Our goal in sharing our story,” said Alex, “is to inspire others to open their minds and learn how to actively participate in diverse teams. We want to show that it’s possible to build a deep trust and a productive friendship with someone from a different culture, and that diversity can be a source of strength.” The speakers emphasize that their story is not meant only for South Africans, but for international audiences.

In addition, they hope to offer simple steps to get rid of their own prejudices and meet others on an equal footing. According to Alex, simply being willing to listen to and try to understand another person’s experiences is the first step in breaking down the barriers of racism. To learn more about Alex and Renias or to book them for a presentation, visit motivationalspeaker.co.za

Alex van den Heever and Renias Mhlongo have worked together for 23 years, conducting safaris and training wildlife trackers. Their work has taken them to many countries in Africa, Australia, South America, and North America, and their story has been featured in several TV news documentaries. Their long friendship and working relationship represents the breaking down of racial barriers and serves as an inspirational model for the multicultural society of South Africa. They perform their cultural diversity presentation for corporations and businesses trying to learn and grow together in South Africa’s unique cultural and historic landscape. 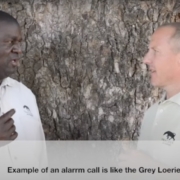 Benefits of Cultural Diversity in the Workplace
Scroll to top