In the Netflix hit My Octopus Teacher, Craig Foster showed that a relationship with a wild animal can have a profound impact on the life of a human being.

My question is; is it so amazing? Beyond the fact that we are not accustomed to seeing humans and octopuses being buddies.

The octopus is the world’s smartest invertebrate. More importantly, it is a fellow being with which we share the planet.

Craig read our book Changing a Leopard’s Spots and had this to say…see below. 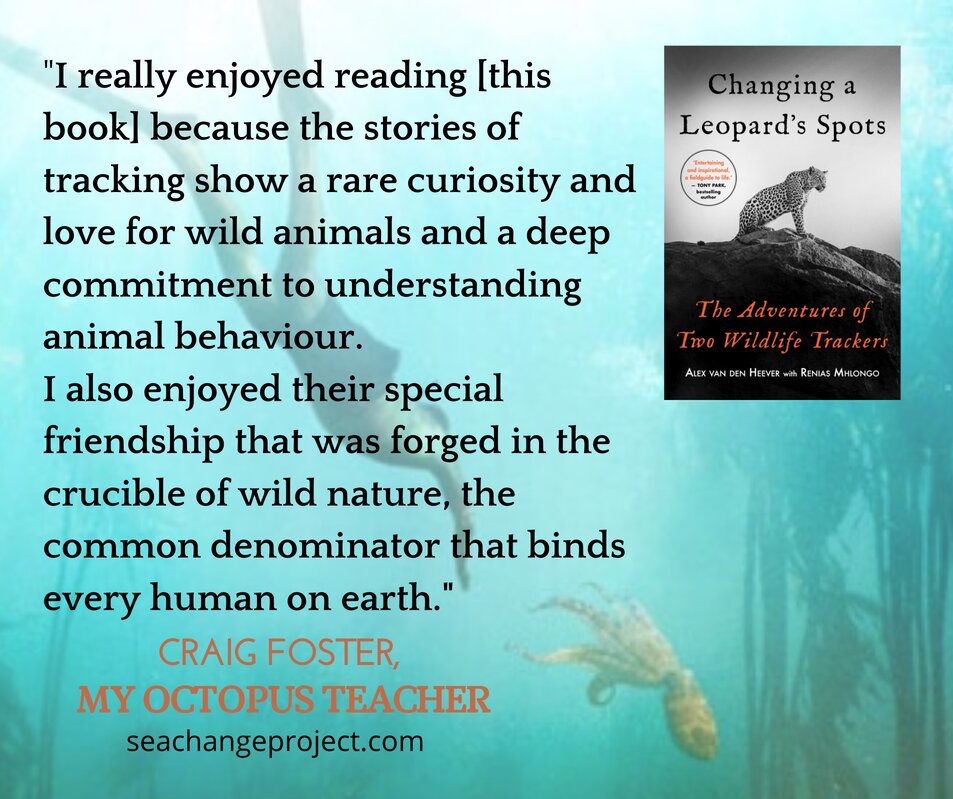 Changing a Leopard’s Spots is now available in most leading South African bookstores, and online as a eBook. Find it here.

The octopus fulfills a particular role in maintaining the ecological balance that humans need to survive. Like every living creature does.

If we are to make progress as a species, we need the octopus to thrive.

At a deeper level, we know that our lives, and its life, are inextricably linked. You felt that when the pyjama shark nearly killed her.

It is clear from the documentary that that octopus was capable of experiencing joy.

It played with a small school of fish with the same playfulness I’ve seen my two-year-old daughter interact with our bantam chickens in the garden.

It also demonstrated stress and fear, not to mention ingenuity, when the shark chased her. And when it bit off one of her tentacles it certainly looked like she was in pain. She didn’t move for days.

She was able to perceive, show awareness to, and respond to Craig in the same way a dog would. And even a human would. 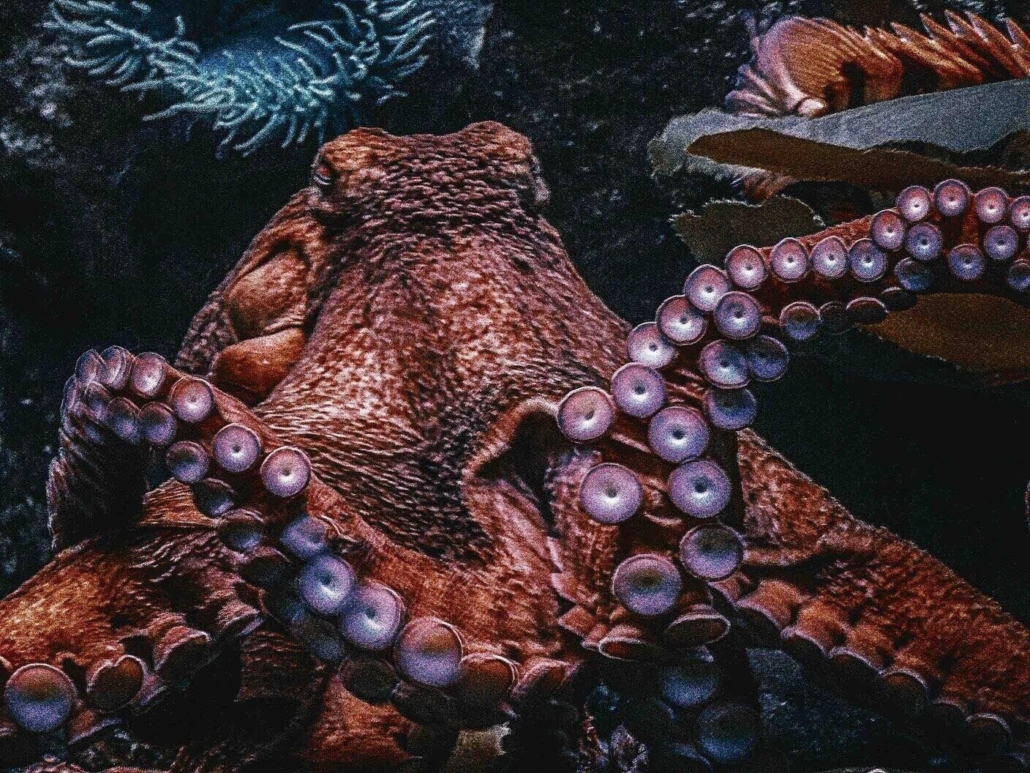 This is important because these are the elements that we use to define sentience. Until quite recently, humans believed we were the only true feeling beings.

In this instance, Craig’s octopus recognised the sentience in him.

There are similar stories of humans forming relationships with obscure animals. But sadly, most go untold.

Craig’s film shows us that, even in our collective darkest hour, we can still create a relationship with the natural world.

We recognise intelligence in our fellow human brothers and sisters without question. Craig’s story inspires us to search for consciousness in nature too.

Stories of lions and leopards are exciting. But in this instance, Netflix recognised the potential of humanity’s relationship with nature’s ‘ordinary’ citizens, too.

For as long as we continue believing that we are superior to and separate from nature, the sooner we will destroy our home.

If we are to survive as a species, we need to actively seek out the sentience in all life that exists around us.

Have ever had a relationship with a wild animal? Tell us your story in the comments.

MESSAGE FROM A WILDEBEEST
Scroll to top